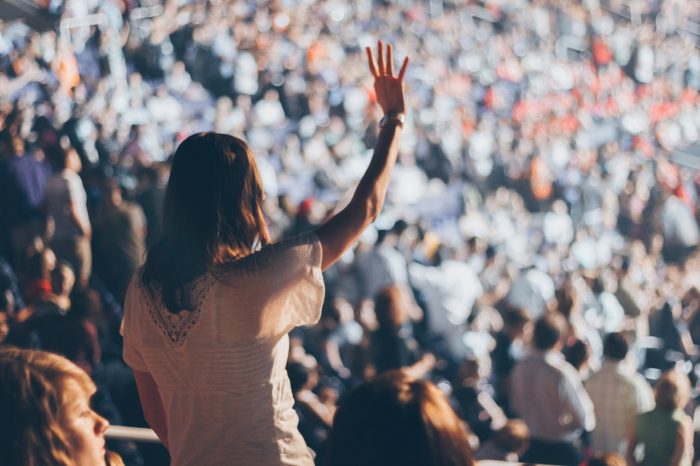 Revolutions have always been central in shaping and determining the course of human history. The concept itself refers to radical, transformative changes which denote several phenomena from the “industrial revolution”, the “sexual revolution”, to more contemporary revolutions that spark off fundamental political/institutional changes (e.g. The Bolshevik Revolution) and promote universal values such as democracy, human rights, real citizenship, emancipation, equality, and justice (e.g. The Arab Spring). Revolutions are theorized, led, and performed through language which is the vehicle of the people’s aspirations and demands. Thus, as Umberto Eco asserts, revolutions can be looked at as “open texts at the literal and semiotic levels” that can, through translation, cross transnational borders and mobilize any populace in the world. Just as contemporary revolutions and uprisings continue to unfold acquire new meanings and significations, so too does the role of translators and interpreters.

Since the beginning of the 21st century, translation research started to take a new path, which is marked by activism and engagement. The invention of the internet, the new technological developments in communication and digital materials, and the rise of cyber activism, have spawn a new dimension of translation called “the activist turn” (Wolf 129). It postulates that translators are not mere linguistic and cultural intermediaries, but rather individuals committed to human causes and agents of resistance and emancipation. In other words, translation is not merely about transferring words from one language to another and examining whether a translation is faithful or not. Instead, the focus is on the social, cultural, political, and ideological factors that inform and shape the translators’ choices. Particularly, it is on the politics of translation as well as the visibility/agency of translators.

Interestingly, translation has become a medium for expressing dissent. In fact, translators have used their multi linguistic knowledge to empower voices that have been not heard. In his book, Challenging Codes: Collective Action in the Information Age, Italian sociologist Alberto Melucci argues that language and translation constitute a space of resistance, a means of reversing the symbolic order. In the same vein, Mona Baker, a professor of Translation Studies at the University of Manchester, adds in her article Translation as an Alternative Space for Political Action that translators “have broken away from a long tradition of positioning themselves purely as neutral, unengaged professionals who stand in some ‘liminal’ space between cultures and political divides”. Thus, individuals who translate texts and utterances cannot be neutral and apolitical, but rather they do take sides and influence the outcome of the mediation by constructing new realities and identities.

Historically, translation played a crucial role during the emancipation movements that began in the late 18th century in Latin America. Georges L. Bastin, Alvaro Echeverri and Angela Campo claim that “translators, like other actors in history, do not function in a vacuum; rather they are social beings and as such espouse ideologies and identities that are particular to their social contexts.” Among the cases that are worth mentioning, there is Antonio Narino who translated the 1789 La declaration des droits de l’homme et du citoyen to Spanish and Juan Picornell who translated to Spanish Lettres aux Espagnols americains, written originally by the Peruvian Jesuit Juan Pablo Viscardo. One cannot also ignore the Spanish translations of the United States Declaration of independence and the constitution of the USA. Published between 1789 and 1812, these translations are among the central components of the ideological cornerstone of emancipation in Latin America.

In the Middle East and during the wave of revolutions that shook the region, translation has operated as the gateway through which the masses propagated their revolutionary narratives to people all over the world. For instance, Revolutionary Arab Rap (http://revolutionaryarabrap.blogspot.ca/) is a blog that comprises numerous translated musical productions mainly rap and hip-hop by male and female artists from the countries that witnessed the Arab Spring. The blog translatingrev.wordpress.com is a platform where students from the American University of Cairo contributed to the translation of chants, signs, banners, jokes, interviews and poems produced in Tahrir Square. Moreover, translators were engaged in the documentation and archiving of the Egyptian revolution by creating websites and blogs such as http://www.tahrirdocuments.org/ site. Materials are collected from demonstrations in Cairo’s Tahrir Square and published in complete English translation alongside scans of the original documents. Subtitling videos of the Egyptian revolution was another area of engagement. As a matter of fact, non-profit media collective known as “Mosireen” played a pivotal role in providing subtitles to videos of demonstrations and sit-ins. By doing that, it has created a digital space not only to support citizen media but also to circumvent the narrative of the government through translating the events for a wider audience. In this regard, translation becomes the link that enables activists to connect with protest movements abroad. Hence, translation is a political act and represents a key element of the revolutionary project.

Translation has been and will remain a catalyst for sociopolitical change. It may be argued that its supposed neutrality is pure fiction as translators, and throughout history, have promoted a wide variety of agendas from Saint Jerome’s commitment to women’s education to translator’s participations in social movements and revolutions. Salah Baslamah, a professor at the University of Ottawa, has developed a new vision of translation and translation called “Citizen Translation”. This vision highlights the need to promote the translator’s visibility and socio-political commitment. Nevertheless, the question that will keep spilling a lot of ink: how can translators be engaged in their communities while at the same time remaining faithful to the original texts?

Houssem Ben Lazreg is currently a Ph. D. candidate, a freelance translator/interpreter, and a teaching assistant of Arabic/ French in the Department of Modern Languages and Cultural Studies at the University of Alberta. He was a Fulbright Foreign Language Teaching Assistant of Arabic at Michigan State University from 2010–2011. He holds a Masters Degree in TESOL from Nazareth College of Rochester.