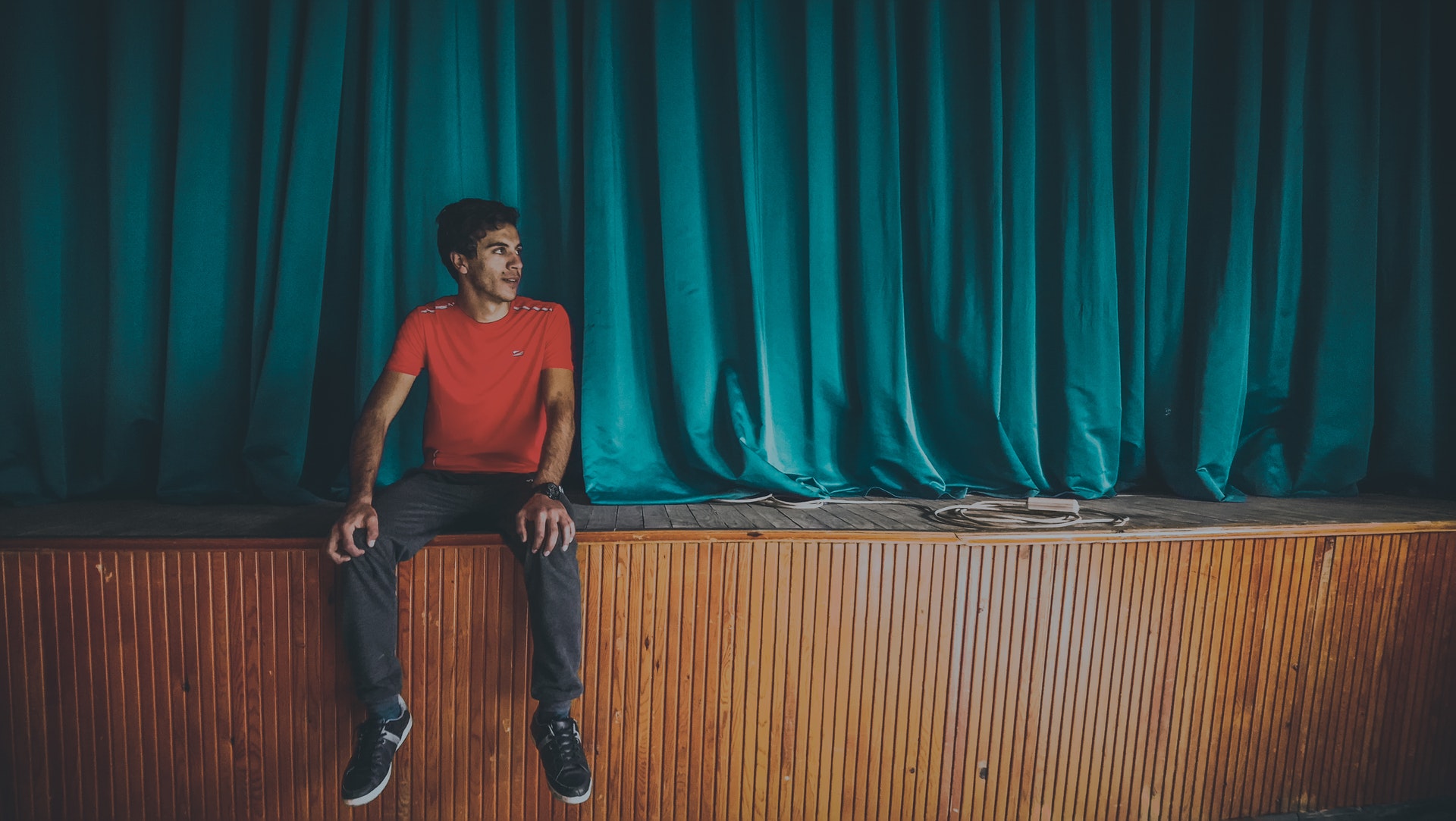 Translating a play for the stage may often be considered a form of literary translation, but it is a very different process. Unlike a novel or a poem, a play is meant to be performed, and the translator must consider how the language will be spoken and heard.

My own journey into translation started with an Italian to English translation of the play Three on a Seesaw (Tre sull’altalena) by Luigi Lunari. Since I am a novice at translating theatre, I decided to talk with a more experienced translator for insights on the process. I had a coffee with another Italian translator, Dr. Stefano Muneroni, who is Associate Professor in the University of Alberta’s Department of Drama and does translation as part of his academic work. He is a native Italian speaker and translates Italian to English and English to Italian, as well as Spanish to English.

During our conversation, Stefano confirmed my feeling that translating theatre is a different beast from other literature. Theatre does not remain on a page, but comes alive through actors in front of audience. Stefano described how a translator of theatre must account for the “speakability of the language.” He finds it essential to include staged readings of his translations in progress, in order to hear the language spoken aloud by actors. His translation would have at least two live readings before he declares it ready for rehearsal and production.

Since the words of a play are intrinsically linked to live performance, Stefano describes the translation of a play as performative translation, rather than literary translation. He explains the gap between the two: “[When translating theatre] it’s not just about words. There will eventually be actors speaking those words and embodying those words. The body and voice of the actor cannot be taken out of the operation of translating a text.” For this reason, Stefano says it is crucial that translators of plays have an understanding of the theatrical process, and ideally be theatre practitioners themselves.

Speech, language, dialect, and accent are important for creating characters in a play, and we talked about this while discussing how to handle the multitude of regional dialects in Italy. Stefano is currently working on an Italian to English translation of the play Finis Terrae by Gianni Clementi, which features dialogues between a character from Sicily and a character from Rome, both of whom speak their respective dialects. The characters’ dialects reveal a lot about their backgrounds, and are steeped in regional identities and history that Italians intimately understand. But the challenge is how to convey these nuances to an audience that may not have that same understanding. As Stefano explains, it would make no sense to put a Southern United States accent on the Sicilian character or a California accent on the Roman, since that would obscure the meaning of the play and who these characters truly are. The solution may be to play with different Italian accents in the English translation, possibly drawing on class, education, and age as ways to access how characters would sound in the target language. Another strategy could be about how the lines sound, thus looking closely at as lexical choices, intonation, rhythm, pace, or euphonics. Yet language is not the entirety of a play—an actor’s physical performance may be able to bring out nuances of a character that may not be expressed by the translated language. This is why it is crucial to have actors perform the translation and see and hear how they portray the characters.

While an audience for a translation may not understand all the historical and cultural nuances, it is our responsibility as translators to communicate the original ethos of the work. Stefano often uses bilingualism in his translations so the audience does not forget the culture or language of the source text. One technique he uses is echo-translation, which has a character saying their line in the source language, and another character responding in the translation language, while making sure the context is not lost. Another technique is using cognates, words that sound similar in both languages. Stefano’s Spanish to English translation of the Mexican play El Ausente, by Xavier Villaurrutia, left about 20% of the text in Spanish, but using echo-translation and cognates made the play understandable to the audience.

This conversation was certainly enlightening for me as a novice translator, and Stefano shared a lot of tools for the often daunting task of preserving the original intent of the language. If you are interested in translating for theatre but have no theatrical experience, getting involved in theatre practice is a good starting point. You might try a class in playwriting, theatre production, or acting, or even consider auditioning to act in a play. Getting first-hand experience in the theatre helps develop the understanding of the performability of language, the key for translating theatre.

This article was written as a guest blog for ATIA by community member, Giorgia Severini. Giorgia is a theatre director, playwright, translator arts administrator, and overall language enthusiast. Giorgia’s first foray into translation was in 2015 when she worked with Barrett Hileman on a new translation of Three on a Seesaw (Tre sull’altalena) by Italian playwright Luigi Lunari. This translation was produced by Fire Exit Theatre in Calgary, and Giorgia couldn’t resist directing her own production in Edmonton as well.